By Ira Romão, from Agência Mural*

The classes have transformed the lives of many people, integrating capoeira movements with singing, games and dancing

Gingoterapia has transformed the lives of elderly people through adaptations of capoeira movements, using games, dances and popular music played on the berimbau and other instruments – in Perus, a northeastern region of São Paulo, as well as other surrounding neighborhoods. The person behind it all is Geraldo Sebastião Pinto Sobrinho, known as Master Geraldo, who has dedicated 39 of his 60 years to capoeira. 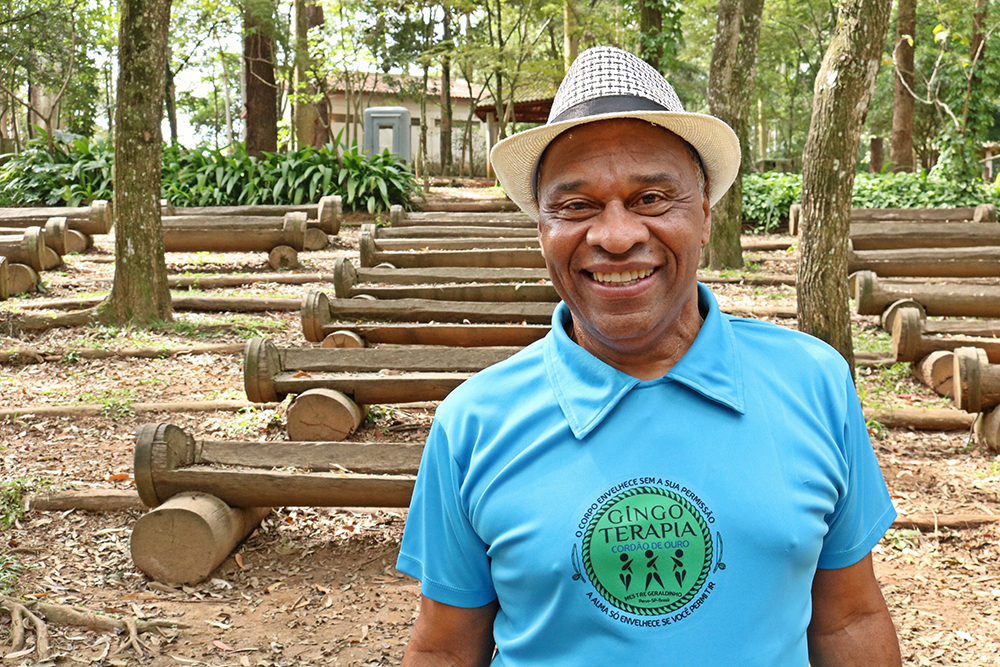 Around 8 years ago, he began to teach capoeira as a volunteer for a group of 15 elderly people, in a Basic Health Unit near his gym. Upon noticing the difficulties amongst the group in doing certain movements, he developed alternatives. “It was then that I created these games that they do. And at the same time, they practice capoeira”, explains the master.

Since then, the activity has attracted more and more elderly people. Currently, there are almost 300 students, split up into seven groups. In order to run the classes, which run from Monday to Friday, as well as his gym, Geraldinho uses spaces made available by churches and centers that focus on old people’s health. There are six different locations: three of them in Perus; one in Morro Doce, in the Anhanguera district; another in Vila Aparecida, in Caieiras and one in Vila Piauí, in the Lapa district.

Two of his classes, also in Perus, remain in his gym. In Vila Piauí, the class is held in an old people’s center, where other activities take place focused on the wellbeing of elderly people. “They discovered Gingoterapia and invited me along to do some work with them there, once a week, with two hours of class”, he states. 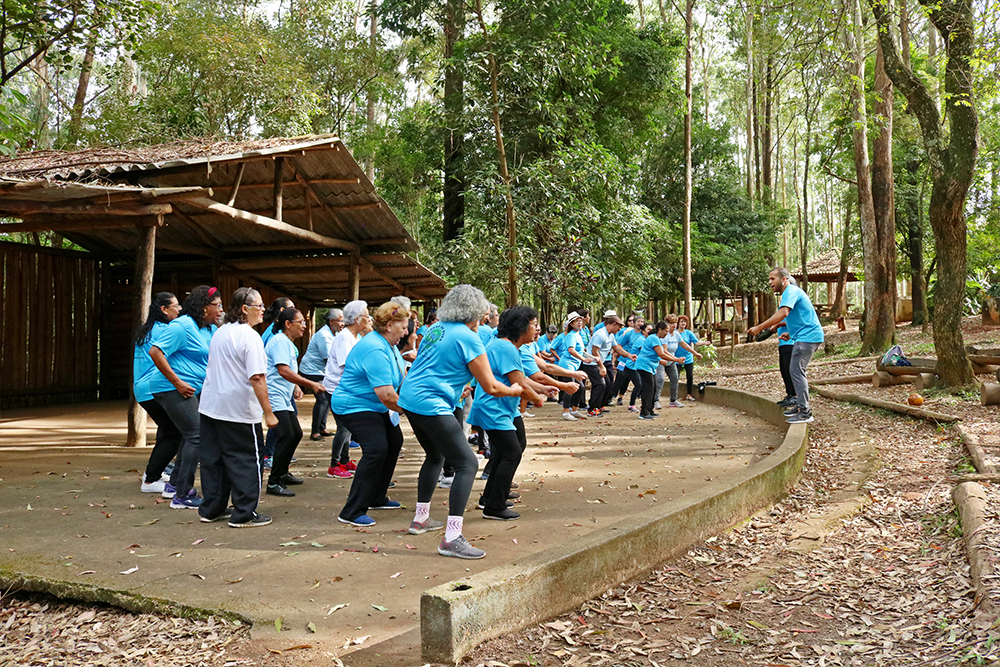 More than just a physical activity, Gingoterapia has also promoted inclusion and transformed the lives of the students. This was what happened with the retired Aparecida de Jesus Pacheco, 67 years old, who has been practicing the activity for the past 4 years in Perus. “I used to live closed off. Whoever saw me always thought I was angry. I didn’t know what it meant to be happy”, she states excitedly.

She  hardly used to leave her house due to her hearing impairment, gradually worsening over time. But in the Gingoterapia, she found something to relate to. Through lip reading, she follows the classes and establishes relationships. “I started to form friendships and to give that love back. I think that I formed my second family”, she concludes. 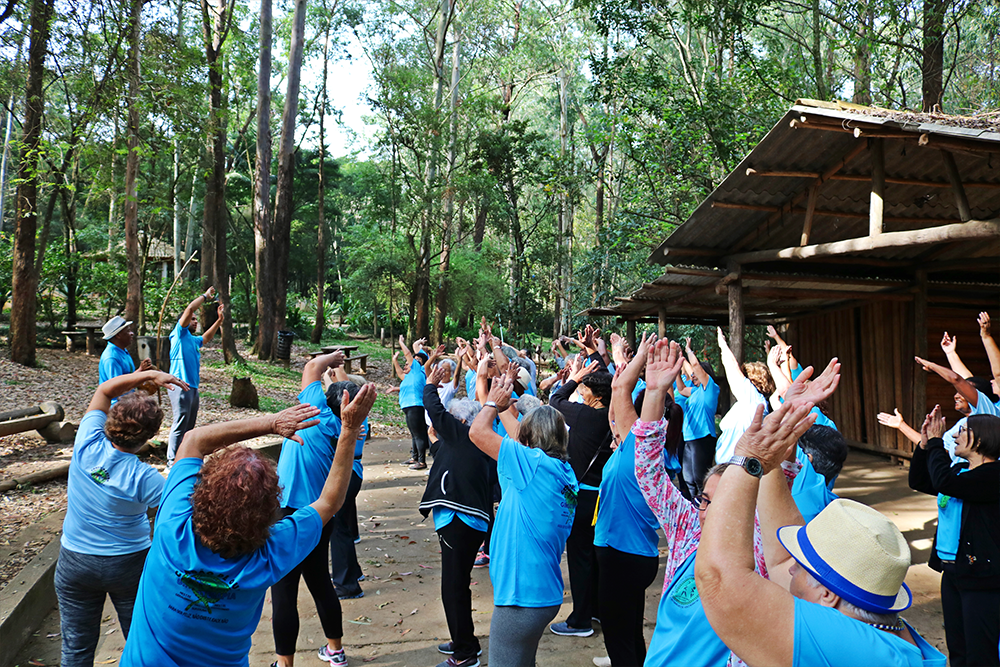 The housewife Odiva da Silva Sabino, 79, who has been participating in the classes for the past 3 years in Morro Doce, emphasizes her renewed energy. “We are lively. I arrive home, it’s as if I hadn’t done anything. I am light, ready to do my housework”, she affirms. 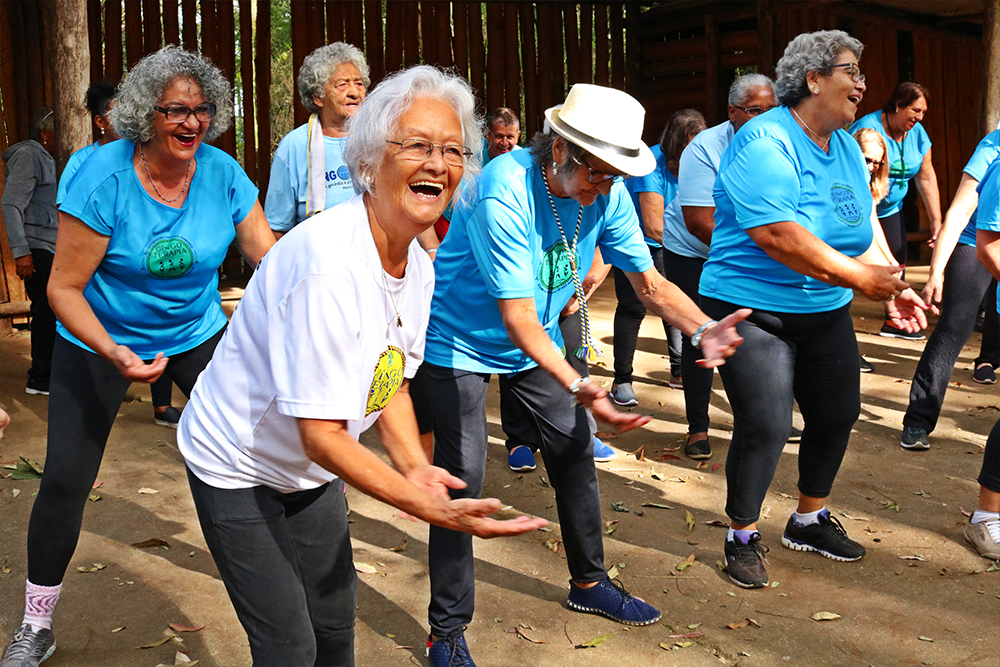 In the Gingoterapia, just like in capoeira, the students go through degrees. Strings, in the form of necklaces, symbolize the level of practice. As for the future, the master wants an even bigger legacy, and since last year he has been providing training for teachers and capoeira masters that would like to work with older people.

The opportunity to have experiences of this kind could be closer than you think. Give it a go by taking part in Challenge Day. The campaign takes place every year on the last Wednesday of May. More than 3,000 cities take part, both in Brazil and in 13 countries of the American continent such as Argentina, Chile, Cuba, Mexico, Dominican Republic, Uruguay and Venezuela. Learn more!

Physical activity: Good for me! Good for everyone!

In view of the current health crisis marked by profound changes in the social dynamics, with particular attention to sensitive issues such as respect for diversity, equality, and solidarity, Challenge Day reaches its

We Continue Together on Challenge Day

Over 25 years, Challenge Day has consolidated itself as one of the most important community movements to encourage the practice of physical activity and sport, individual or collective and in

By Ira Romão, from Agência Mural* The Jaraguá indigenous land is made up of 6 villages where the team’s players live. It is located around the Jaraguá Peak, in the Northeast

By Laura Dourado, from Agência Mural* Bike Zona Sul encourages the use of bicycles for leisure, tourism and alternative transport In 2013, the 34-year-old analysist, Paulo Alves, began to share his